How do we pay for it all?

The Chancellor has so far earmarked £200bn to bailout business and support individuals. This in in the context of total public expenditure approaching 900bn. There is a comparison with the bailout of the banking system in 2008. I think there is also one with the  two world wars where we paid whatever was needed, to quote the then Chancellor Lloyd George in WW1. We met the cost by increased taxation and borrowing. I explore this further in my blog piece on the comparisons with 1914-18 and 1939-45.
There is a difference. We are now paying people not to work, rather than work in the armed services or in the manufacture of war materiel. It is thus less wasteful. We are not consuming millions of tons of iron and steel in making tanks, ships and aircraft, or brass and explosives in makIng shells.. 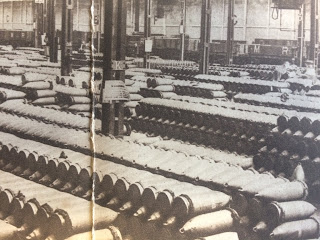 There remains the question of just how it will be paid for and Philip Inman offers some fascinating thoughts in The Observer. He dismisses yet more austerity and looks toward taxation. Raising taxes on individuals will reduce the amount they can spend and so further depress the economy. He adds this, which to me would seem to be key  :

“Unless, that is, the taxes are applied to households that save more than they spend, or target wealth. This is desirable, though unlikely, even from a free-thinking chancellor. Sunak is still a Tory, after all, and unlikely to sanction any attacks on core constituencies such as wealthy and older voters.”

Military historian and former editor of the Daily Telegraph, Max Hastings, said on Radio 4 that his (our) generation have been extraordinarily lucky. We should put our hands in our pockets rather than leaving it to younger and future generations.