Women going back to work part time after maternity leave find themselves discriminated against, often being required to do a full time job in their four days - or else nastiness.

People without homes having no option but to sleep on the streets, or else nastiness.

Where has this come from? Weren't we once a nation of warm hearted people?

Perhaps that is remembered through rose tinted spectacles, but surely something has changed.

If we look at each of the examples I have cited, they all have in common one base cause - the need to save money. Governments have gone to the electorate vowing to contain public expenditure, to save money. Ministers have instructed their senior civil servants, who in turn have passed the instruction down the line, each with underlying threats of nastiness. It is a massive abuse of power of a kind that Magna Carta has being fighting against for 800 years.

Saving money is essentially a negative activity and this negativity has seeped through to all parts of our society.

Older members of the indigenous population complain that their street or town is not what it was; there are now voices speaking different languages, skins of different colours - note: never people. They have cried out to politicians who have rushed to their aid with promises of reduced numbers.

How do you reduce numbers, but by setting targets expressed in numbers - it's obvious. Nastiness then follows as the targets crack the whip.

Some politicians reach for a simple solution: tax the rich, tax the evil corporations. It would go a small part of the way, but it could never bridge the gap. Corporations are of course owned by pension schemes, that is by us.

There is a solution, all of us paying more tax. We are after all the place where the blame should lie. We wanted less immigration, we wanted to pay less tax. We have made our bed of nails. The trouble is that it is others who have to sleep in it. 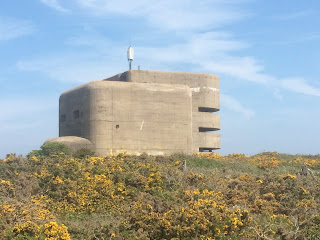