A great deal of rubbish is being banded about on social media on the LibDem suggestion of revoking Article 50, should they win a General Election.

There are some key points here:

We need a government with a mandate to finish the business, one way or another. 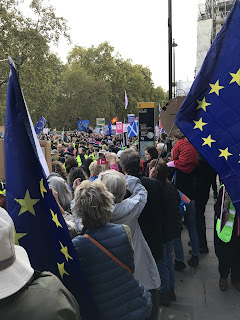 Posted by PhilWriter at 15:24 No comments: