"Welcome to this evening's Prom at Lincoln Drill Hall"

Never in a million years did I imagine ever saying those words, yet on the evening of 4 August 2018, I did to a full house. But why Lincoln Drill Hall?

Introducing the broadcast afternoon performance, BBC Proms Director, David Pickard, explained that it came about through serendipity. The whole Proms season was commemorating the centenary of the end of WW1, David had always wanted to perform the Stravinsky's The Soldiers Tale and, following Hull last year, wanted to find a venue outside London. Lincoln Drill Hall fitted the bill perfectly as a well regarded arts centre with a flexible performance space and with a strong military history.

Petroc Trelawny, introducing the piece, explained that Stravinsky had collaborated with CF Ramuz to produce The Soldier's Tale inspired by Russian folk tales telling of a runaway soldier who sells his violin to the devil in exchange for a book that can predict his future.

Scored for a trio of actors and seven musicians, the Hebrides Ensemble with Daisy Marwood, Laurence Guntert and Tom Dawze, enchanted the audience with stage direction by James Bonas and choreography by Cydney Uffindell-Phillips.

It was the 4th Battalion of the Lincolnshire Regiment for whom the Drill Hall was home. They were territorials, young men from a whole variety of walks of life, who came here to be available to serve King and Country. This Hall saw them drill, it saw them muster, it saw some return wounded.

In late July 1914 they were at their annual camp in Bridlington. It was there that the order came for them to return to the Drill Hall. They arrived on the morning of 4 August 1914 but were then sent home to await orders.

I am sure there was euphoria here that morning 104 years ago. Then in the afternoon there would have been silence… 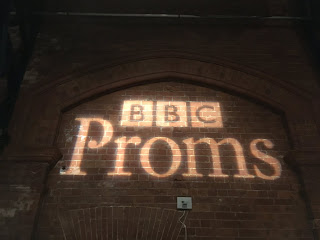 Posted by PhilWriter at 10:18 No comments: