One year on and my heart is still broken

I shall never forget waking on 24 June 2016 to discover that the electorate had voted to leave the EU. It broke my heart.

For me, it was never about money; it was a matter of principle: we have avoided war by working together. I have spent many hours researching and writing about the two world wars and the thought that these would never be repeated mattered massively. The EU was the child of the peace process following the end of WW2. It was, it is something of immense value and the electorate voted to leave it. 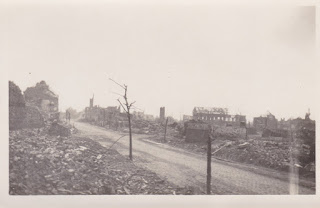 So we could regain control? My argument always was that the EU is governed by a democratic process comprising a directly elected Parliament and a Council of Ministers from each member state. There is a civil service, the Commission, but it is answerable to the democratic bodies. The EU does those things that are better done together rather than 28 times over. It made, it makes sense. The EU together can tackle the major problems we face; countries can't do it alone.

I have friends who voted to leave. For them it was immigration. Interestingly it was immigration from middle eastern countries, which to my knowledge are not members of the EU.  They were angry; they wanted their country back. Voting to leave the EU will not make a bean of difference. If we do leave, they will be disappointed; actually they will be furious. They will be all the more furious when they can't get the NHS treatment they need because of a lack of skilled staff and when they see living standards fall.

The economic picture straight after Brexit looked OK. The Stock Market had risen, so all was well. Shh. The Stock Market rose because company profits earned in currencies other that sterling were suddenly worth 20% more, because the pound tumbled. Since then the negative impact of the fall in the pound has been felt with inflation caused by imported goods costing more.

This whole Brexit thing is a total nonsense.

How I wish we had an opposition brave enough to say this out loud!

Posted by PhilWriter at 19:09 No comments:

It seems that there is nothing for which Mrs May is not responsible. This is profoundly dangerous scape-goating and risks hiding the real issues.

Taking a very broad brush, the tragedy in Kensington, the Brexit vote and the state of the NHS all have in common the results of austerity. Buildings seem to have been maintained on the cheap and millions have seen their living standards eroded and it seems that there is simply not enough money to pay nurses properly or provide the health service we need. There has grown up in government a mind set that says all that matters is not spending money. It is a fear that if ministers do so they will be outed for sacrificing a sacred cow.

We don’t have enough money.

The immediate reason was the need for government to pay out many millions to save the banks which were on the point of going bust in the financial crisis of 2008. Banks going bust mean countless millions losing savings. It mattered.

Having saved the banks, the Labour government set about trying to balance the books. Millions had been borrowed and, if only to pay the interest, millions had to be found. There is a choice: borrow more, raise taxes or reduce public expenditure. Borrowings already looked terrifying, raising taxes risked impeding enterprise, or upsetting core supporters, and so public expenditure was chosen. The Coalition and then the Tory government continued on the same path.

The result is the denuded public services we now face and ministers closing their ears and eyes to the evidence of experts on the safety of tower blocks, for example.

Who was to blame?

Blame must focus on the banking crisis. Unpicking the strands, we had a situation where financial institutions were struggling to keep the interest rates paid on people savings at the levels they had become used to. World interest rates were falling, largely as a result of monies flowing out from China. The backroom boys at the banks set to work to devise products that would offer high interest rates to the people and pension funds hungry for them, that is you and me. One way of doing this was to lend money at high interest rates to people probably unable to borrow otherwise – high risk lending. These loans were bundled together in such a complex way that, when they were offered as an investment, the inherent risk was hidden. These were the sub-prime mortgages. First in the USA and then at Northern Rock amongst others people began to see that ‘the emperor had no clothes’, that millions of pounds of investments were worthless. Banks had invested heavily in them and so they faced disaster. The government stepped in, borrowing massively to do so.

Who was to blame? Was it pensioners demanding high interest rates, pension schemes struggling to meet their obligations to retired workers, evil bankers who without question made a fortune in the process? A bit of each. What is certain is that it was not the NHS, it was not occupiers of high rise flats and it was not millions of people whose jobs had disappeared over the decades with technological advances and third world countries entering the market. It wasn’t the EU.

Governments, including the EU, should have applied tighter regulation and still must. De-regulation goes back to the time of Mrs Thatcher but it continued under governments of all colours since.

What do we do?

We can’t go on with austerity. We have to have and pay for proper public services as Polly Toynbee argues in her book, Dismembered. So we have no alternative than to raise taxes, from everyone not just the rich, but the rich should pay proportionately more. The LibDems were wrong suggesting a penny in the pound from everyone; but Labour were also wrong in saying the rich must pay. We are all in this together, but those best able should shoulder the greater part of the burden, not by threats but by seeing their role in a cohesive society.

Probably the major part of the deficit arising from bailing out the banks should be left and no attempt made to repay it. Adair Turner, in his book Between Debt and  the Devil, suggests this. Investment financed by new borrowing should now be made in infrastructure and in education and training to encourage enterprise which is the key to a strong economy.

We need to look very carefully at the wisdom of an economy based on individual borrowing to finance consumer spending.

We must remain in the EU for access to their markets, for the immigration we desperately need and to work with other countries to face the challenges together.

We have to accept that we have been living beyond our means and so can’t have new cars on finance every few years. We have to share out the national cake more evenly: another point that Turner makes. This will benefit the economy as a whole since the current polarisation of wealth means that millions lie unproductive in property.

It is not only Mrs May, but equally she is not the leader we need to get us out of this complex mess.

Posted by PhilWriter at 10:54 No comments: